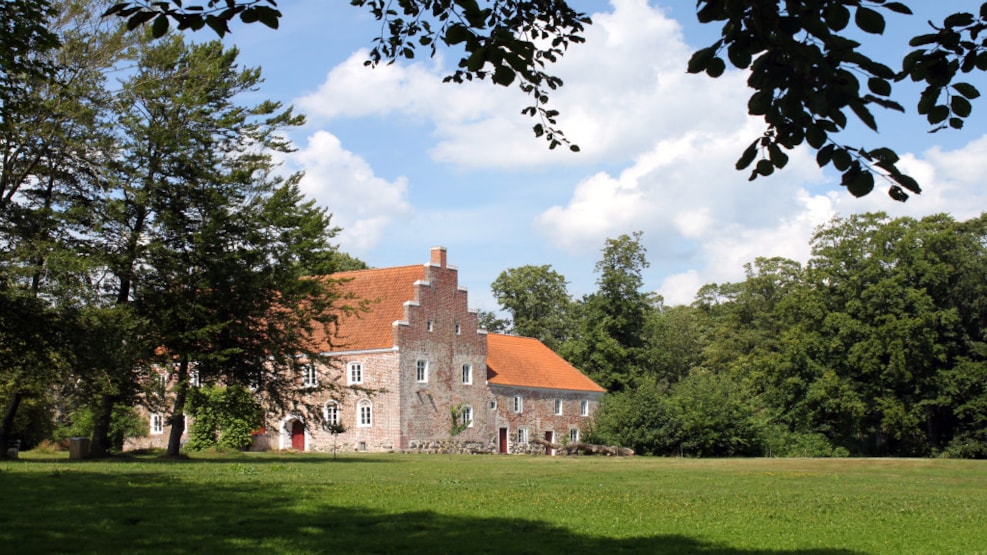 In 1516, the first fortified stone house of 9.5 x 7 m was built by the knight Lucas Krabbe on the site. His son, Ivar Krabbe, completed the castle in c. 1550, now comprising four wings around a small courtyard measuring 9 x 9 m, surrounded by a moat and high ramparts. While other castles from that period were demolished and rebuilt as manor houses in the century that followed, Østergård in Åsted was preserved. Despite changes to the original, late-medieval buildings, it is one of Denmark’s most original and best-preserved medieval castles still standing to this day.

Since it was built, the castle has changed hands around 40 times – most recently in 1998, when the buildings and around 6 ha of woodland and park were taken over by the Danish State. It is managed by the Danish Agency for Culture.

Guided tours can be booked by appointment throughout the year.